The U.S. carbon-auto industry is helpless as Russia grabs for South American carbon and Venezuela signs oil deal with China. The people of the world will have to decide if we want more carbon wars or will we reduce waste. The most wasteful use of energy is the private auto and sprawl. Either fight for free public transit, or you will be fighting over gas and oil. 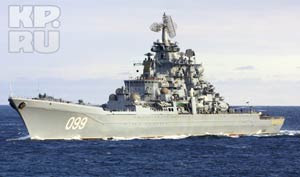 Immediately after two Russian Tu-160 strategic bombers returned from Venezuela to their base in the Saratov region, a convoy of combat ships from the Northern Fleet set sail for the Caribbean. Why?

...Peter the Great is one of the world's most powerful destroyers. The ship can defeat large enemy surface targets and protect itself and its ships from air strikes and submarines. The ship has unlimited cruising endurance and is equipped with cruise missiles able to destroy targets at a distance up to 500 kilometers and anti-aircraft missile systems. In terms of firepower, the cruiser is peerless and equipped with Granit anti-ship missiles (20 missile launchers), a S-300F anti-aircraft system (96 missiles) and a Kinzhal anti-aircraft system...KP.RU