mongabay : "Scientists are increasingly warning of the potential that a shutdown, or even significant slowdown, of the Atlantic conveyor belt could lead to abrupt climate change, a shift in Earth’s climate that can occur within as short a timeframe as a decade but persist for decades or centuries."
at 6:15 PM

No more cheap oil, "bottom has completely fallen out" 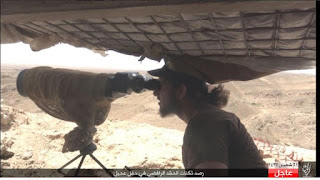 IHS: "“The fall in discovered volumes for conventional oil outside North America, in particular, has been steady and dramatic during the last few years,” said Leta Smith, Ph.D., director, IHS Energy, Upstream Industry Future Service and lead author of the IHS Energy Conventional Exploration and Discovery Trends analysis. “Oil and gas volumes discovered in 2015 were the lowest in 64 years,” she said. “We’ve seen four consecutive years of declining oil volumes, which has never happened before. The bottom has completely fallen out for conventional exploration, and the result portends a supply gap in the future that is going to be challenging to overcome. In the current cost-cutting environment, the outlook for 2016 discovery volumes is not likely to be better, either.”"
at 6:37 PM

Growth, not fossil-fuels, the real problem.

Capitalism needs growth. But to save the biosphere, people need degrowth. We don't have time for useless campaigns that make no economic sense.

When there are no customers, the suppliers will stop.

Here is how to reduce energy demand. Fare-free urban buses will reduce use of private autos. Cities will be more roomy and pleasant. As private autos lose critical mass, the subsidies that keep them going will be seen as a burden.

People will move to the city. Education will become more important than creating more farm-hands. Birth rates will drop. The cities will gradually revert back to walking and cycling. Energy waste will drop. Energy suppliers will lose political power. A virtuous circle.
at 10:19 AM

ITS International: ""After decades of inadequate investment, the American public transportation infrastructure is crumbling," said American Public Transportation Association (APTA) chair Valarie J. McCall, who serves on the board of the Greater Cleveland Regional Transit Authority (GCRTA).  "This neglect demands attention at all levels of government so that public transit can continue to help grow communities and businesses."

"As public transportation has experienced tremendous growth over the last two decades, public transit systems are struggling to maintain aging and outdated infrastructure while at the same time being challenged to expand capacity," said APTA acting president and CEO Richard White."
at 2:10 PM

Humans damaging the environment faster than it can recover, UN finds

The Guardian: "Degradation of the world’s natural resources by humans is rapidly outpacing the planet’s ability to absorb the damage, meaning the rate of deterioration is increasing globally, the most comprehensive environmental study ever undertaken by the UN has found."
at 8:16 PM

Jakarta may get #freetransit 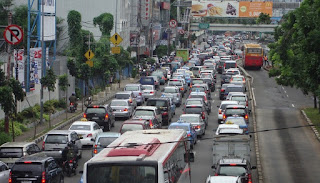 GovInsider: "Public transport in Jakarta could become free with a new road pricing system being implemented, Governor Basuki Tjahaja Purnama said."
at 4:24 AM

Motherboard: "All around the country, actual infrastructure that we’ve already built is becoming unusable, and no one is willing to pay to fix the problems. In DC, that could mean long shutdowns for a subway system that shuttles roughly 712,000 people to and from work every single day. Meanwhile, governments are increasingly growing enthralled with the prospect of using public money to build shiny, futuristic hyperloops. But if public transit becomes unusable, people aren’t going to take an ecofriendly hyperloop to work—they’ll be forced to return to driving."
at 11:34 PM

Get Ready for a Wave of Green Civil Disobedience, America | The Nation: "﻿ ... environmentalists around the world are staging a series of direct actions against fossil fuel–development projects, to make a statement that energy companies should not be allowed to carry on business as usual while the world burns. "

Magazine publishes militant-sounding article about the "uprising" against fossil-fuels. They leave out one thing. Fossil-fuels are sold because there is demand for fossil-fuels. When the demand stops, the sales will stop.

These eco-delayers are trying to misguide people into doing the impossible. To stop supply when demand is strong. There are many environmentalist groups pushing this ineffective supply-side idea. It's popular because no profits are really in danger. If you stop one pipeline, another will be built. If you stop one road, another will be built. There is a tsunami of people who want to live in an American-style leafy suburb. This is what you have to change. And the way to do it is to offer something better.

Eloquent call for #freetransit in Barbados

nationnews.com: "I therefore seek to promulgate a new type of thinking with regards to public transport in Barbados. I recommend a fare-free public transportation system. Others have floated ideas of government/private sector marriage or breaking up of routes to a higher cost to the user. These ideas carry benefits to the private sector primarily and are not productive in a social democracy.
Public transport affects commerce, education, societal order, rural development, external investment, the environment and national expenditure. This is our chance to construct a public transportation system that drives the orderly and beneficial development of the above-mentioned strands of Barbados.
If we were to put the National Insurance Scheme in the mirror, we would see a reflection of how to finance such a parallel for transportation free to the daily user, but bringing tremendous benefits to the country. Individual contributions, when taken together and financially managed, can secure the future of the nation.
Connor Beaton of the Scottish Socialist Party argues for fare-free transportation in Scotland. He says: “There is a strong economic, social and environmental case for adopting this policy throughout the country. There is also precedent from successful fare-free public transportation schemes in parts of France, Germany, Belgium and Estonia as well far-flung cities in China and the United States. We have evidence of the policy’s affordability and benefit.”"

ISIS the tip of an iceberg

For centuries colonial powers slashed, burned, and looted their way through the world. Even north America felt the sting.

When capitalism took over, things got worse. 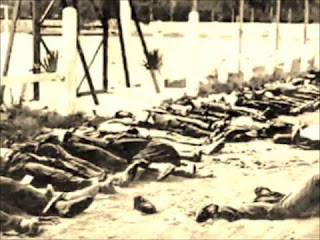 Now the tide is turning. The complex society of capitalism, technology, and cheap energy is no longer sustainable. Actually, it never was sustainable, it just survived on the lag between deferred costs and the time of payment. But now, in liquid fuels, the crash has begun. Every joule now costs more joules, every day. It cannot go the other way. Printed money has helped to defer payment, but the debt due to nature will be paid, one way or another. There is no man-made law, real or imagined, that is above the laws of physics.

Corporate capitalism, though monopolistic, is still a system of competition. Now the competition is for the last of the easy-to-get liquid fuel, the oil under Kirkuk, Iraq. The war for this oil, and other lesser reservoirs, has opened up the flood gates of centuries of anti-colonial anger. There is no amount of propaganda or weapons to stop the coming flood. Accommodation is the only hope.

If you are a first-world resident, move to town, sell your car, campaign for free transit. Support free education for all children, oppose oil wars, fight racism, defend Muslims.
at 9:41 AM

Email ThisBlogThis!Share to TwitterShare to FacebookShare to Pinterest
Labels: #racism

Oh no! #climatechange is hurting economic growth! Better do something!

phys.org : "Economic growth is already being hit, with some regions seeing a 6 percent drop because of water scarcity alone, said Jim."
at 3:29 PM

If you chase after celebrities and billionaires, expect false "solutions"

CleanTechnica: "Musk made reference to the massive subsidies provided to fossil fuel companies every year, a number stated by the International Monetary Fund last year as more than $5 trillion a year. The solution, Musk said, is to place a price on carbon via a tax on greenhouse gas emissions or the carbon content of fuels."

Clean Technica has now confirmed it is a delayer site. It's job is to keep you chasing after false solutions to climate and energy. If you are confused, simply go to your high-school physics. Ask the teacher about the laws of thermodynamics. Economics is a social science. Created by man. It can be manipulated. But physics cannot. Don't look to celebrities and billionaires. Make buses fare-free. Carbon tax is easily faked. Don't fall for it.
at 8:04 AM