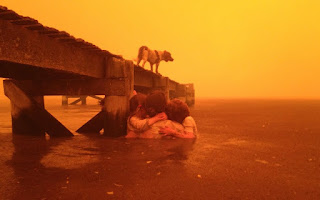 Picture: AP Photo/Holmes Family
Five Australian children were reunited with their parents after their grandparents helped them dramatically escape from blazing bush fires by clinging to a wooden jetty for three hours. Grandfather Tim Holmes alongside his wife and and his daughter's five children had to shelter in the sea to survive the potentially deadly inferno that raged on the shore. 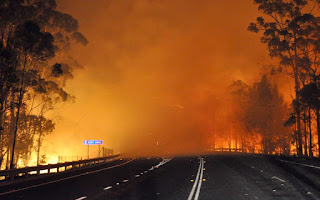 Picture: NSW Rural Fire Service
Trees burning and smoke billowing from a fire along the Princes Highway at Deans Gap in the Shoalhaven area in New South Wales
Telegraph
at 3:47 AM