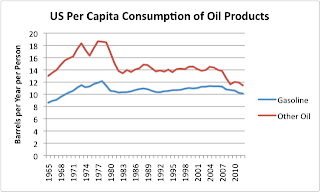 Figure 8. US per capita consumption of oil products, split between gasoline and other.
Total consumption from BP’s 2012 Statistical Review of World Energy.
Gasoline consumptionfrom EIA. (Amounts include biofuels.) Difference by subtraction.

Our Finite World: "The amount of fuel used for gasoline has stayed in the 10 to 12 barrels a year per capita band, since 1970, in spite of huge improvements in vehicle efficiency."
at 10:03 PM