Oil #peakdemand is latest propaganda, don't fall for it

The London Economist recently published a very sneaky new attack on #degrowth. A thinly disguised cornucopian, gas-as-bridge, piece of propaganda. The unwary reader will come away with a relieved smile and thoughts of plenty. Suddenly this is the talk of the chattering classes. Even some Stanford scientists are on board, to their eternal shame. 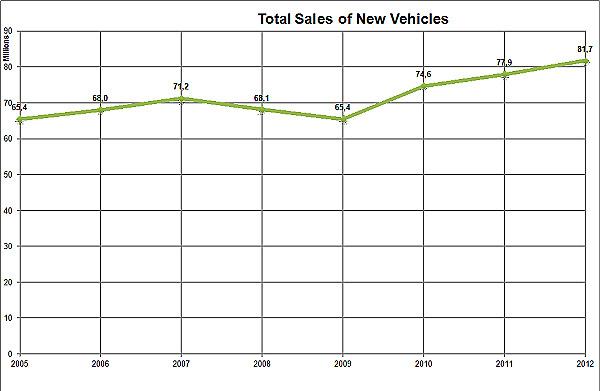 http://www.dacarnews.com/in-2012-the-global-car-sales-amounted-to-81-7-million/
It is true that oil demand has been falling in rich countries, mainly due to recession. But this decline is more than made up by demand growth elsewhere. Humans add 70 million people a year to the world.

Don't fall for the lies of cornucopians. They are just trying to squeeze the last profits before collapse. The longer they delay action, the harder the fall.
at 10:01 PM